When arriving at work on Tuesday 8th April, a manager received a message that David would not be coming to work. David had called his colleague the previous evening and said that his son-in-law had been killed in a tragic accident and that his daughter Lily was devastated and totally traumatised.

They had three children aged 7, 4 and 18 months. Lily felt unable to look after herself or her children. In addition, they needed to see the Coroner, register the death and arrangements for the funeral would also need to be made. Therefore, he was going to take dependants leave until further notice; he also wanted to be left alone with his family.

Lily was an adult and did not live in the same house as David, although the family were traumatised, they were not ill and were not generally dependent on David for their care. This scenario did not meet the definition of the entitlement for any dependants leave. Even if the situation did meet the criteria, it would only cover taking time off to make alternative arrangements for the dependants, not to undertake the care itself.  In this case Dependants Leave would not have provided adequate support.

The manager was also concerned for David’s welfare and did not wish to exacerbate an already devastating situation where he may be signed off from work due to personal stress. The manager genuinely wanted to allow David time to support his family and come to terms with the loss and his own needs. The manager then considered ways to support David and his family in the short term. However, the Manager needed to balance David’s needs with the requirements of the business and was unable to agree for David to be off indefinitely.

The manager was aware that in the lead up to Easter, production was very quiet; therefore it would not be too difficult to cover his absence for a short time. The manager decided to give David the rest of the week (4 days) off as paid compassionate leave. There was also the Easter break coming up, when David would have been off anyway. David had not booked any holiday for this year, the manager thought he could either take 8 days holiday or unpaid leave and return to work on 28th April, which totals 3 weeks leave. She considered that if she was able to give David enough time to support and plan for his family’s needs, he would be more likely to return to work by the date she suggested and certainly in time before things started to get busy for the summer season. 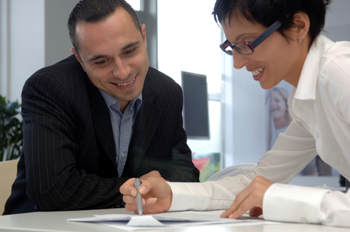 The manager wrote to David stating that she was extremely saddened to learn of his family’s tragic loss. The letter also confirmed that David was not eligible for Dependants Leave, in any event it would not have provided the time and support that he clearly needed. Therefore, she had considered other ways that may help David and his family; she offered the choice of him taking time off until 28th April 2014 when she hoped to welcome him back to work. David could choose to take this from his annual leave or as unpaid.  The manager closed the letter by stating that her thoughts were with David and his family, and she hoped the provisions had gone some way to help him and his family, if he needed any further clarification he should call her to discuss.

The manager took a rounded view and proactively offered assistance.  By doing so she demonstrated her understanding and offered support appropriately. She needed to steer David’s expectations in the amount of time he was expected to be off from work. Dependants leave is not applicable in this case, or would not have been sufficient support, by not giving any support would potentially have resulted in David being signed off work for an unknown period which in turn would limit the managers control of the situation and impacted the business more seriously.