Would you understand what amounts to sexual harassment, or would you see behaviour as just normal office banter?

Sexual harassment is defined as:
“Unwanted conduct of a sexual nature, that has either the purpose or effect of violating that person’s dignity or creating an intimidating, hostile, degrading, humiliating or offensive environment for them”.

There are many myths about what is classed as sexual harassment so let’s set the record straight!

Myth 1 – Banter is not sexual harassment.
Wrong. Making remarks to a colleague (e.g. about their clothes or body) could be classed as harassment. Basically, any comment that can make someone feel uncomfortable and can be related to their sex, exceeds the boundaries of what is acceptable and is sexual harassment. This can include compliments if this crosses a line and are sexual in nature.

Generally, ‘banter’ has no place in the workplace as, even if it is not of a sexual nature, it may still amount to harassment. 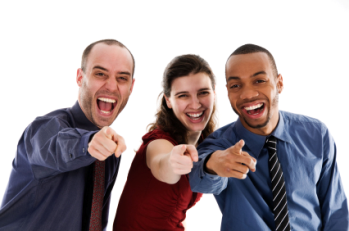 Myth 3 – Sexual harassment always involves a physical act
Wrong. Under the Equality Act, the definition of Sexual Harassment is very broad. For example, it could include leering at colleagues in a manner that is deemed overtly sexual or the display of pornographic material.

Myth 5 – A junior employee cannot sexually harass a superior.
Wrong.  Status or position in an organisation makes no difference. Understandably, most cases and reports involve harassment by a senior person (as they abuse their position of power), and junior employees often feel they cannot speak up about it.

Myth 6 – A comment out of work hours cannot be harassment.
Wrong. Sexual harassment can be committed at a social engagement involving colleagues and there is no mitigation because there was alcohol present.

Myth 7 – As an employee, you cannot be personally liable or personally sued.
Wrong. An employee can be held personally liable, and they can be named as a party in any employment tribunal proceedings (in addition to the employer). There have been cases where employees have been found liable and required to pay compensation to colleagues because of harassment.

Myth 8. I wasn’t talking to you so I can’t have harassed you.

Wrong. The definition of harassment talks about the atmosphere created at the workplace, so if someone is being crude with, or towards colleague 1, colleague 2 is more than able to be the victim of harassment even if the acts or conversations were not directed towards them.

Not true. Even though harassment is defined from the subjective view of the victim, the acts or words do need to be objectively capable of causing offence (ie intimidation, humiliation etc).  However the bar is reasonably low so even if you would not be offended by my comment, that is not to say that someone else might not; unless the comment cannot reasonably be said to be offensive.

These myths highlight the importance of ensuring that employers and employees understand what behaviour could be classified as sexual harassment.

Complaints about harassment can lead to discrimination claims and can be very disruptive and time-consuming to deal with (and expensive). More importantly, any culture of harassment will be detrimental to the business and affect the bottom line.

So, how do you stop harassment and avoid claims? Well the starting point is to send a clear message that you are an equal opportunities employer and that you will not tolerate inappropriate behaviour. You need the relevant policies and procedures in place that set out what is acceptable and what is not. You then need to communicate this clearly and provide training to your managers and employees.

You can also provide confidential routes to allow people to raise concerns e.g. providing a confidential email address. Any complaints must be taken seriously and investigated – and appropriate action taken. Creating and maintaining a positive culture can take time and means clearly communicating that you have zero-tolerance to any form of harassment.

Start by making sure you have a clear policy in place (see template policy) and make sure this is supported by Directors and senior management and communicated clearly to every employee.